In The Stadsmus in Hasselt discover with your class the history of the city. The museum offers 4 museum games, an mp3 audio route and a picnic day in the museum. Choose from this interesting programme range.

The Langeman is concealed in the museum But where? How does he look like and why is he in the museum? The children can find the answers to these questions in the museum together with the game supervisor. They will hear stories about this strange man and search the museum for collection pieces that have something to do with him.

In doing so, they learn more and more about the Langeman, about the history of Hasselt and about how people used to live. When the players have found all the objects, they will be given a large paper Langeman as reward. You can use this to make your very own classroom Langeman. Has you class found where the Langeman is hidden in the museum?

But before they get this far, they first have to show that they are worthy to carry this secret. To do this they are given tasks in each room of the museum. In each of the rooms they have to look for one of the troubadour's parchments. In each parchment the troubadour gives more information on his secret prize, and challenges the players to show their worthiness.

In 'Hasselt grows' the players demonstrate how well they know Hasselt, in 'Hasselt believes' they try to form a real procession, and in 'Hasselt parties' they discover the festivals of Hasselt. Every task brings them closer to the secret hidden in the museum. Will your class succeed in unravelling this secret.

At the Old Cemetery the pupils will become acquainted with funerary architecture and the green aspects of this 19th century park cemetery. The cemetery on the Kempische Steenweg can be visited every day from 10 am to 5 pm.

Children are confronted in a playful manner with themes such as burying and being buried, rituals and symbols, funerary architecture and typical flora of the Old Cemetery. Through creative tasks, packed in a play case, the pupils explore this 19th century cemetery. The teacher supervises the visit. 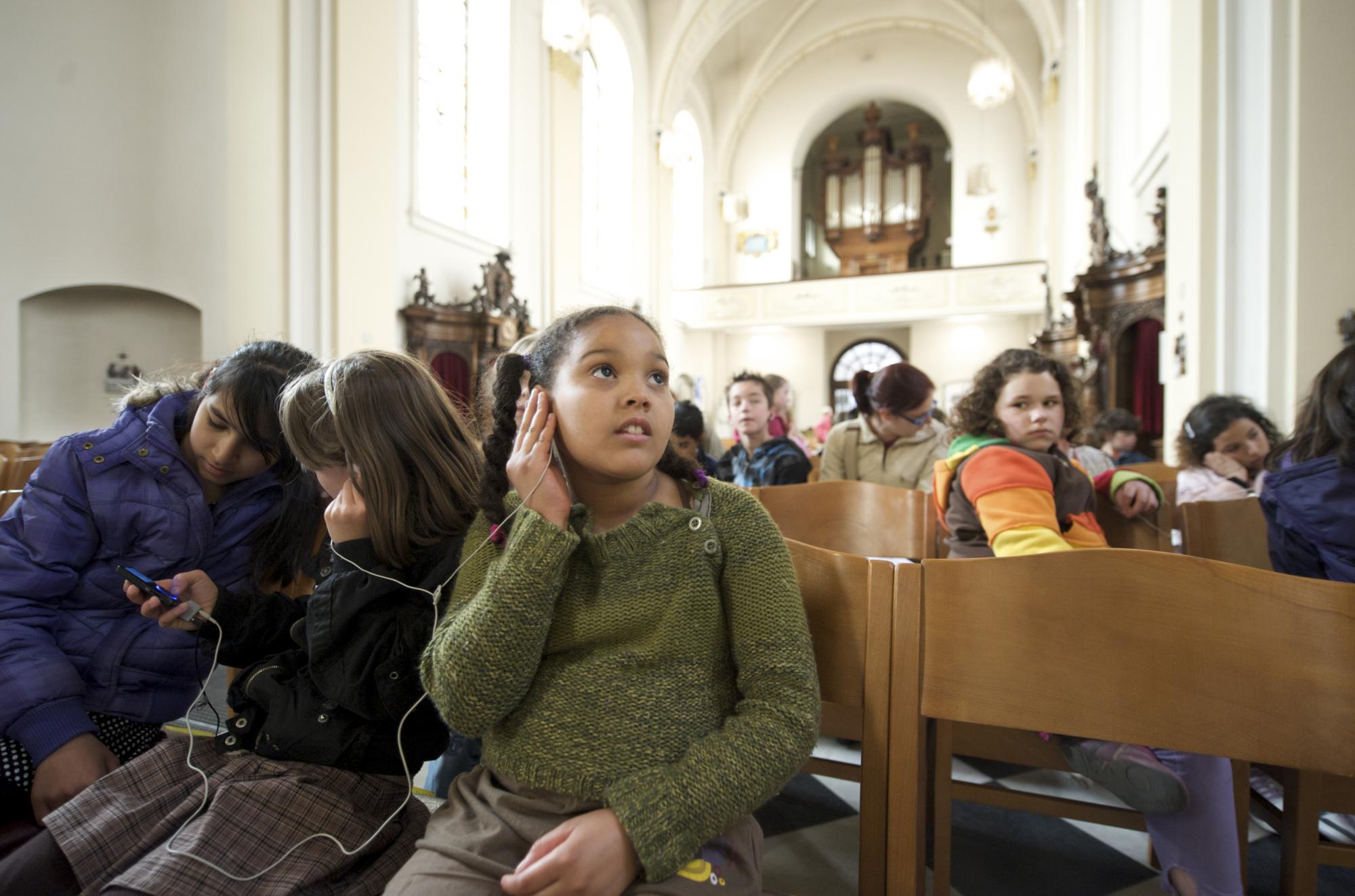 In this game pupils from the 5th and 6th year are challenged to build of replica of Hasselt. For this the pupils have to repeat the creation and growth of Hasselt. This game is played using tiled-sized cards on a timeline. These are placed in a large, empty latticework. The front of each tile depicts a piece of the city map of Hasselt. On the rear there are questions connected with the street name on the front.

The pupils can find the answers to the questions in the museum. An audio guide or a street name computer may be used for this. In this way, they can find the right place for the tile on the latticework. The task is finished only once the city map of Hasselt has been fully put together and once the children can tell a number of facts about the history of Hasselt during a fictional walk through the city.  Will your class be able to build a perfect model of Hasselt?

Full day with picnic in the museum

Do you want to spend the entire day with your class in Hasselt or visit the Stadsmus with several classes at the same time. You can also combine the various packages and picnic in the Garden Café of the Stadsmus (or in the museum's garden with good weather). Ask for more information at the Stadsmus, T 011 23 98 90 or hetstadsmus@hasselt.be.